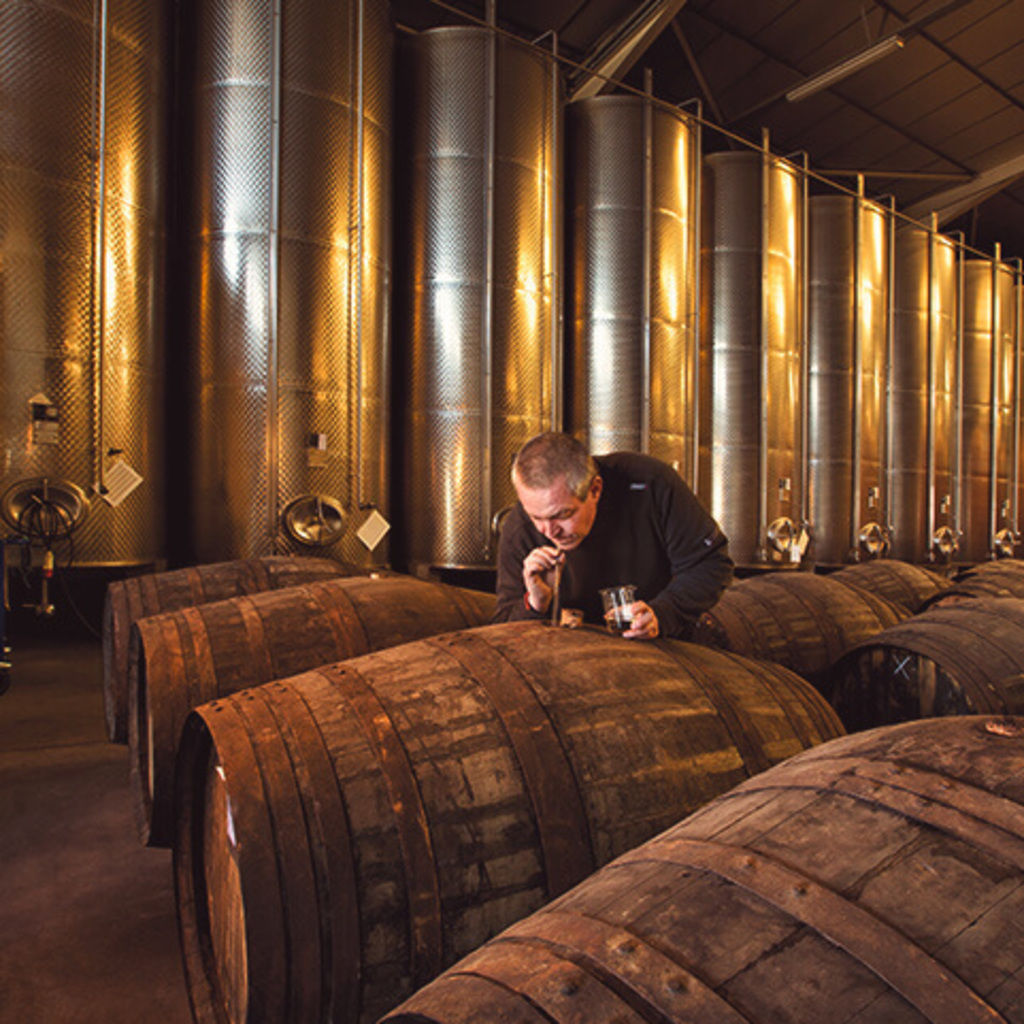 The history of the Massenez Distillery dates back to 1870 when Jean-Baptiste Massenez exercised the profession of vintage distillery in the Val de Villé in Urbeis… He then opened a royal road to his descendants who inherited this know-how: his son Eugène Massenez will become a recognized Master Distiller. Eugène Massenez will be avant-garde by distilling for the first time Wild Raspberry ... This Eau-de-Vie will become a real success thanks in particular to the fidelity of the Queen of Sweden who fell in love with this Raspberry during her numerous visits to France. Alsace. The latter in fact regularly had cures at Hohwald in order to heal her lungs… thanks to Eaux-de-Vie! This is how Massenez became official supplier to the court of His Majesty the King of Sweden. It is from the 3rd generation, with Gabriel Eugène Massenez, that the Massenez distillery will experience real growth. A pioneer, Gabriel decides to develop his brand in high gastronomy, in particular in the Grandes Brasseries Parisiennes: Flo, Bofinger, Pied de Cochon ... His relationship and the quality of his products allow him to work with the great starred chefs such as Bocuse, Verger , Troisgros, Lameloise, Haeberlin, Blanc ... and some fine restaurants such as La Tour d'Argent, Maxime's, Lenotre ... In 1979, in order to respond to strong growth, Gabriel decided to create a new distillery in the Val de Villé. The latter will be inaugurated by Paul Bocuse, a great friend of the Massenez family, in the presence of many great chefs from around the world. The 4th generation is entering the distillery. From 1982, Manou Massenez, the daughter of Gabriel, will continue her father's work on exports and will develop the family brand in more than 110 countries! His business acumen has enabled him to bring Massenez into numerous world competitions formerly reserved for Cognacs and to present Massenez Eaux-de-Vie, Crèmes & Liqueurs to the greatest sommeliers and bartenders around the world. 1989 saw the launch of the Prisoner Pear “the most jet set brandy”! Manou's brother, Dominique Massenez, for his part, decided in 1989 to diversify the family activity by investing in wine-growing lands in Chile. Massenez joins forces with the Grandes Distilleries Peureux. Bernard Baud manages with Manou Massenez and Elodie Naslin the Distillery in Alsace. The development of Massenez both for export and in France is accelerating while adapting to the emergence of new consumer profiles, particularly through cocktails. 2020 marks 10 years of a smooth Presidency, without rushing, without upsetting ... and yet these 10 years have changed everything. Bernard Baud, President of Grandes Distilleries Peureux, on the other side of the Vosges and famous for his Griottines®, breathed new life into the Massenez Distillery, while keeping the DNA of the House