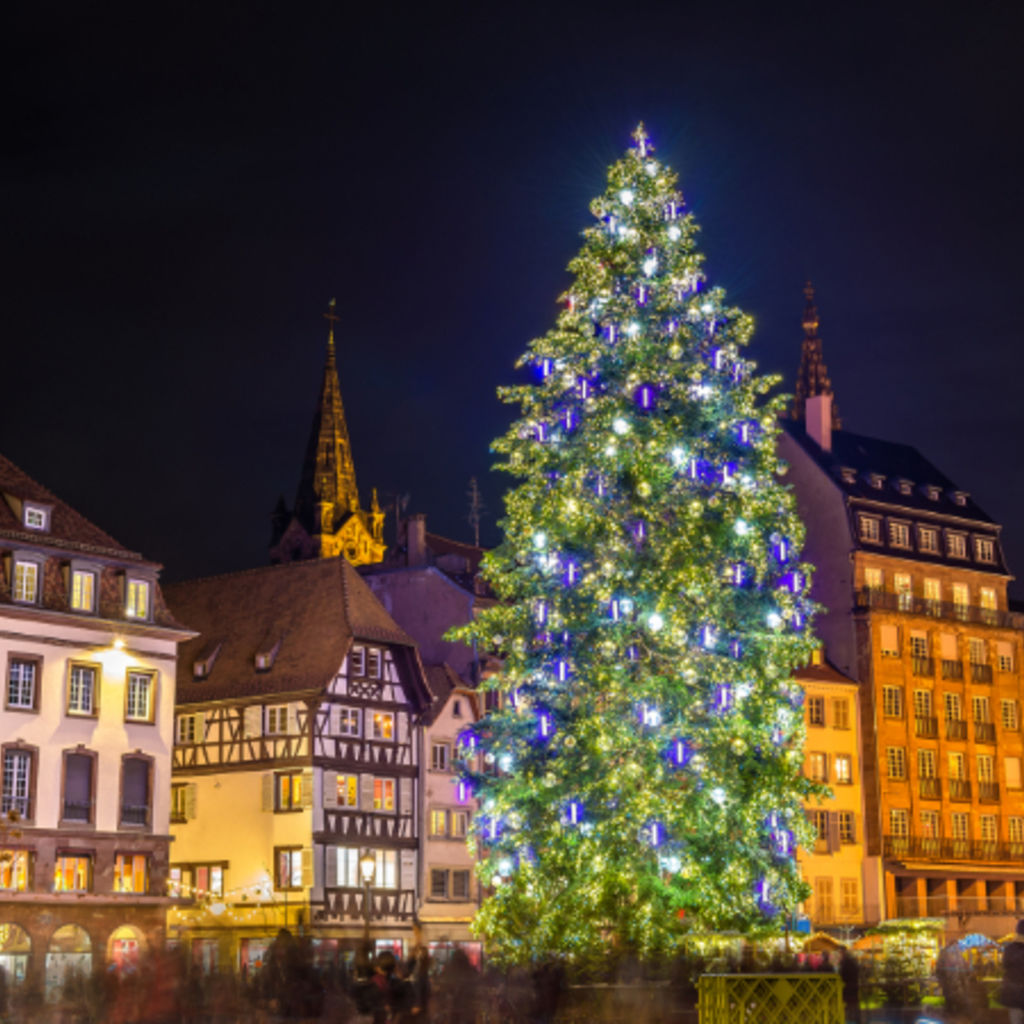 The Christkindelsmärik, or "market of the child Jesus", is the name given in the Alsatian language to the traditional Christmas market which has been held since 1570 in Strasbourg, Alsace, and was for a long time the only one in France. It begins on the first Saturday of Advent and ends on the evening of December 31. The Christkindelsmärik attracts two million visitors from all over the world every year. The Christkindelsmärik in Strasbourg is one of the oldest Christmas markets, which were specific to the Germanic world. The most famous was that of Nuremberg, but those of Frankfurt, Dresden and Berlin were also very famous. In the Middle Ages, a market was organized in Strasbourg in anticipation of the feast of Saint Nicholas on December 6. It was in fact this saint, bishop of Myra in Turkey in the 4th century, that was attributed the role of giver of gifts to children. To allow parents to get goodies and toys, a market, called in Alsatian "Klausemärik", was then set up a few days before this date. The Protestant Reformation was adopted by the city of Strasbourg in 1525 and, in 1570, in the cathedral then assigned to Protestant worship, Pastor Johannes Flinner rose in the pulpit against the custom of giving gifts to children on Saint -Nicolas. This practice, considered “papist”, gave a saint the valuing role of donor. Pastor Flinner advocated symbolically entrusting this mission to Christ in the form of the baby Jesus. Impressed by this sermon, the Council of XXI of Strasbourg decided on December 4, 1570 to abolish Saint-Nicolas, but to allow traders to hold their market three days before that date. There were sellers of dolls and other toys, waxers (or sellers of candles and wax candles), sellers of gingerbread and sweets, but this market was also a real annual fair, which attracted to Strasbourg merchants from afar. The Saint-Nicolas market has therefore been replaced by that of the child Jesus, called "Christkindel" in the Alsatian dialect, and the presentation of gifts has also changed its date to take place on Christmas Eve. It was therefore the Protestant influence that launched this new Strasbourg use of a pre-Christmas market. She also created this character of Christkindel, who replaced the holy Bishop Nicholas to enter homes and bring their gifts to children. Carried along by this momentum, the city of Strasbourg proclaimed itself in 1992 as “Capital of Christmas” and launched a major promotional campaign for the event, centered on the attractiveness of the Christmas market. This was enlarged on the Place Broglie itself and other huts were installed on the Place de la Cathédrale, Place d'Austerlitz, up to eleven places in the city. Three hundred traders and artisans, living in wooden chalets of the same model imposed by the municipality, contribute to the reputation of the market and benefit from its economic benefits. A new role has been attributed to Christkindelsmärik, which is to be both the major attraction and the pretext for a tourist event that grows more and more every year.