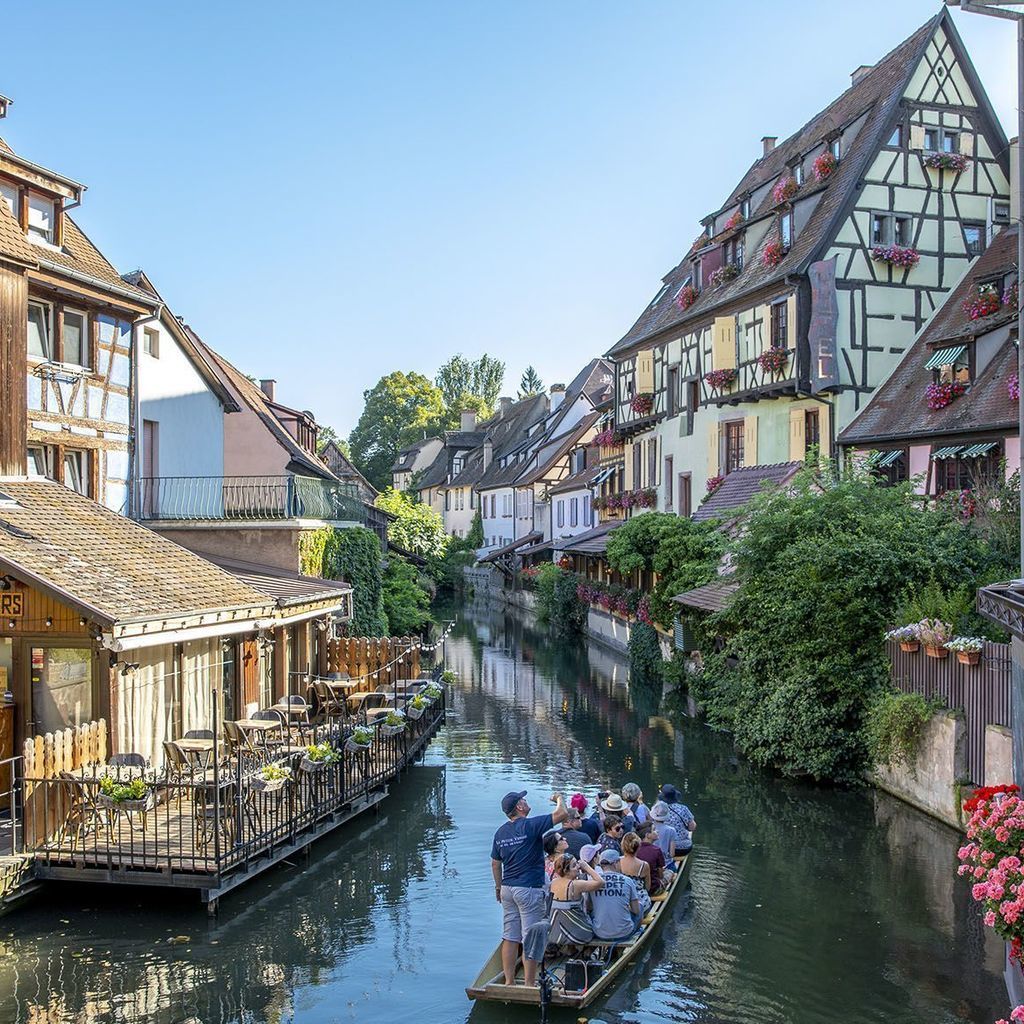 Colmar is a French commune in the Haut-Rhin department. Prefecture of the department, it is part, since January 1, 2016, of the Grand Est region.Colmar is in the historical and cultural region of Alsace. It counted nearly 71 590 inhabitants at the last census in 2019, which makes it the second Haut-Rhin commune and the third Alsatian commune in number of inhabitants after Strasbourg and Mulhouse. Colmar has chosen to link with the latter within the metropolitan area of ​​Alsace which unites the major Alsatian agglomerations in order to weigh within the new Grand Est region. Its inhabitants are called the Colmariens.Colmar is mentioned for the first time in the ninth century. Free city of the Holy Empire, it is a member of the Décapole. It experienced rapid development at the end of the Middle Ages and during the Renaissance. With a rampart belt, it nevertheless suffered from troubles linked to the Reformation, the Peasants 'War and then the Thirty Years' War, after which it became French. Colmar was annexed to the German Empire in 1871 then returned to France following the armistice of 1918. Although not the capital of the region, Colmar shelters a court of appeal. This particularity is due to the elevation of the city to the rank of judicial capital by the former Sovereign Council of Alsace in 1698.The city has a rich architectural heritage, including an old collegiate church, several convents, a remarkable theater, canals (Little Venice) and houses from the Middle Ages. Its location, in the center of the Alsatian vineyard and close to the Vosges foothills, and its particular climate conducive to the cultivation of the vine, have earned it the nickname "capital of Alsace wines". It is also a city of culture, seat of the Unterlinden museum housing the Isenheim altarpiece. Colmar is also the birthplace of the creator of the Statue of Liberty in New York, Auguste Bartholdi and Jean-Jacques Waltz, better known by the name of Hansi. Your VTC driver Jimmy Roellinger accompanies you according to your request and your needs. The service can be carried out on board a sedan of 1 to 3 person any comfort and van 7 to 8 people for the groups or the large families, several vehicles can be available.